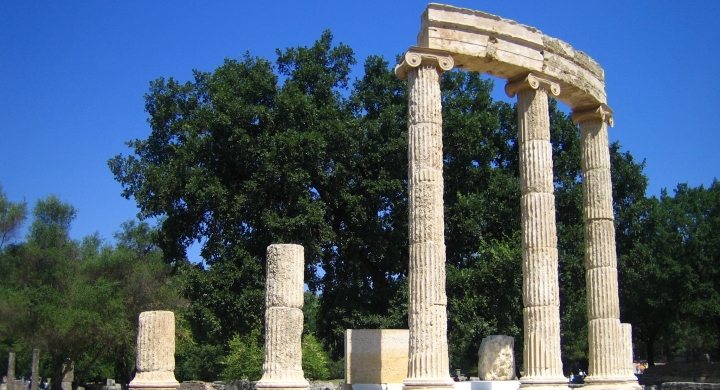 2500 years of Greeces’ cultural heritage are revealed in the magnificent relief of the Peloponnese. The monastery of Agia Lavra, in the picturesque town of Kalavryta, where the War of Independence against Ottomans started in 1821. The unique of its kind Cave of the Lakes that form 13 successive lakes. Ancient Olympia, the cradle of the Olympic Games. Epicurean Apollo, one of the most important and imposing temples of the antiquity. The oak forest of Foloi, which the ecosystem is considered to be of the rarest in Europe. Let your senses go across nature, tradition, history and the heritage of mythical Peloponnese.

08h30 departure to the seaside town of Diakopto in getting the Cog Railway to Kalavryta (1hrs ride) founded in early 1896. Crossing Vouraikos gorge, after 22klms you reach Kalavryta (750m) to visit the Municipal Museum which exhibits city’s history, mainly that of Germans’ holocaust of 1943. You next visit the Monastery of Mega Spileo that keeps important relics and religious treasures. Check-in to the hotel and time at leisure.

Todays’ experiences include the Monastery of Agia Lavra, where in 1821 Greeks started the War of Independence against Ottomans, the magnificent Cave of the Lakes, with numerous tunnels forming 13 lakes on 3 successive layers, Planitero situated in a forest of plane trees with old watermills and windmills, Ancient Psophis where ruins of the ancient city and the fortification are still visible, and Foloi, one of the rarest oak forests in Europe and symbol in Greek mythology where Hercules elaborated his 4th labor, the annihilation of Erymanthus. Arrival to Olympia, check-in, dinner and overnight.

Guided visit to the archaeological site of Olympia (Unesco 1989), birthplace of the Olympics and very important spiritual, athletic and artistic center of the antiquity. Onsite you will see the Museum, the Gymnasium and the Stadium. Next, in Andritsaina you see beautiful mansions and the oldest fountain in Peloponnese (1724). A bit later, in Vasses, you visit the temple of Epicurean Apollo (Unesco 1986) considered to be miracle of ancient architecture. Todays’ programme ends in Katakolon where you will be informed about ancient mechanisms housed to the Museum of Ancient Greek Technology. Return to Olympia, dinner and overnight.

The last day of this journey to Peloponnese, you experience Ancient Nemea, famous in Greek mythology for the 6th labor of Hercules who killed the horrific Lion, also for the ancient Panhellenic games that held every 4 years in honor of Zeus. In Ancient Nemea you see the amazing Temple of Zeus and the Stadium. Before leaving Nemea, you will listen about the cultivation and the production of the famous Agiorgitiko red wine and enjoy a wine tasting to a premium local winery. Arrival to Athens in the evening.